← more from
K
Get fresh music recommendations delivered to your inbox every Friday.

by The Halo Benders 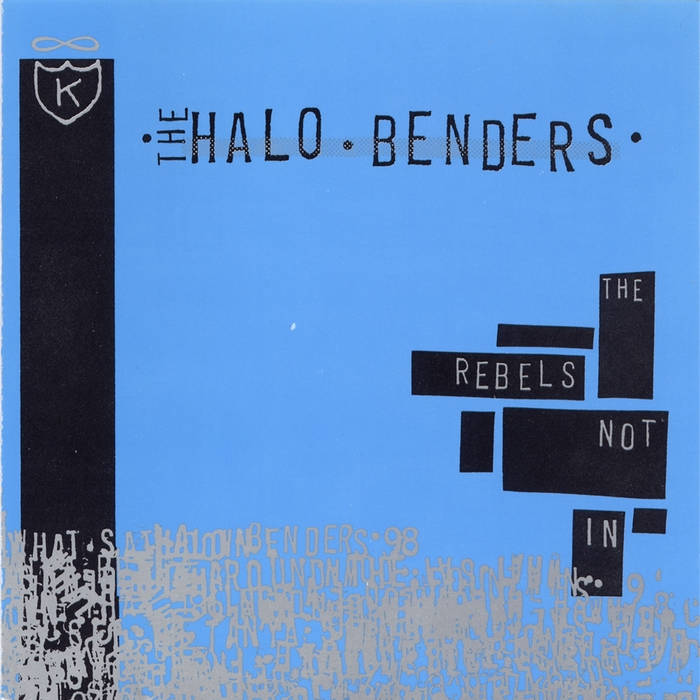 This week in heaven W. Shakespeare and M. Proust are having a no holds bard shoving match to determine who holds the title of literary progenitor of the otherwise completely fresh and original guitar stylings of Doug Martsch and the current set of Halo Benders recordings. On this album Doug wails away on guitar and voice accompanied by Calvin Johnson (also guitar and voice, but with a strong Jackson Pollock influence), Ralf Youtz (playing drums and guitar) and Wayne Flower (bass and drum). Steve Fisk also makes his customary appearance on keyboards, playing on various songs organ, synthesizer, harmonium and theremin. Heather Dunn makes a brief guest appearance on guitar.
The songs here are golden, the ultimate expression of the Halo Benders aesthetic, drum guitar vocal weave.

Out of the basement rock n' rule that is Dub Narcotic Studio it comes. Doug Martsch visits Olympia from Boise bringing a guitar and other battered ideas. Calvin Johnson sang and played along. Other Boisians-in-exile like Ralf Youtz and Wayne Flower contributed to the melee. Steve Fisk played keyboards through ancient amplifiers helping sort it out at the mixing console. Heaven sent with halo bent. ... more

Bandcamp Daily  your guide to the world of Bandcamp